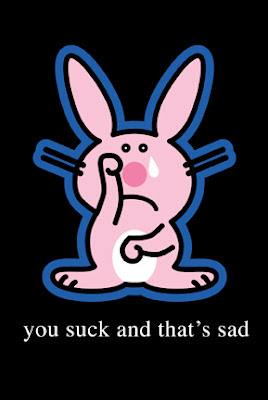 It's over. Our five-month nightmare is finally over. The Broncos jumped on the Vikings yesterday, pissed away a 16 point lead w/ 5 minutes left in the game, got lucky and Elam kicked a 30 yarder in OT to win it. Sound familiar? It should...except for the winning part of course.

It's time to fire off the "At Least" list:

Football, you're dead to me now. Fuck the Pats, Colts, Chargers, Steelers, Jags and Titans. Fuck the Cowboys, Packers, Seahawks, Bucs, Giants and Skins. Fuck all their fans, too. Especially those in Boston and Shitsburgh. I don't give a rat-fuck about any team that isn't my own. I might watch the AFC Championship (the Pats losing to Indy would be delicious) and the SB, but that's about it.

I'll have a best-of, worst-of list up sometime this week.

Happy New Year and GO NUGGETS!
Posted by Hercules Rockefeller at 11:50 AM 3 comments:

Lets get this fucker over with already 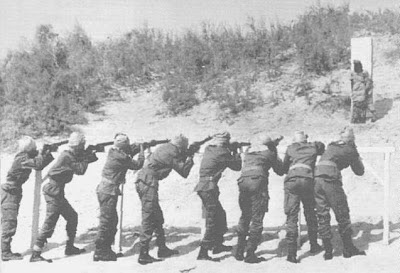 The Broncos suck fat balls. They have no pride, no heart, no courage, no cojones, no nothing. They're two lucky-ass field goals away from being 4-11 right now. An utter joke. A complete fraud. They suck, and how.

I'm still going to the game next week. I'll be the drunk asshole that tosses a D-cell battery covered in snow at Purple Jesus' eyes. I'm going to be famous. Lee Harvey famous! There's nothing left to lose.

7-9 or 6-10? Does it matter? Nope, but I'd like to see something positive out of these motherfuckers. You let the Chargers beat you by a combined 64-6. The fucking Chargers. Show some heart you pathetic, bitch-ass, pantywaist clowns!
Posted by Hercules Rockefeller at 11:45 AM 1 comment:

It's (going to take) a Christmas Miracle 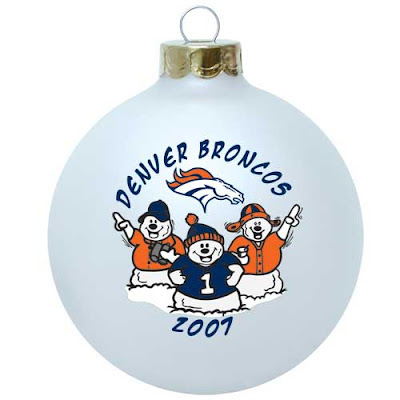 Yeah, this one is going to be ugly. It might be recordbook ugly. The Chargers are on a roll and the Donks are playing for pride. We'll find out if they actually have any.

Whatever. Merry x-mas, suckers.
Posted by Hercules Rockefeller at 8:18 AM 1 comment: 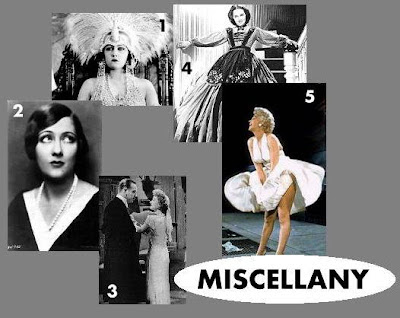 Copuple of odds and ends before the Annual Gift Day break.

The Donks had exactly one player named to the Pro Bowl. I'll give you three guesses who it was, and the first two don't count. Is he deserving of the honor? Probably not (3 int's), but it's all about name recognition in this business. I'm actually surprised John Lynch wasn't named a starter. Brandon Marshall got snubbed as well as my man Elvis. Oh well, at least we got one. The NFC South (yes, the entire division) didn't have a single pro bowler. Hy-larious!

Jason Taylor to the Broncos? Fuck me with a stick. Do we really need to sign another elderly defensive lineman? Especially with the guys that we just drafted and the emergence of Elvis? Maybe Taylor has something left in the tank, but I'd rather not risk a bunch of draft picks and/or young players finding out. To this harebrained idea I say: Darryl Gardner, Leon Lett, Courtney Brown, Sam Adams....should I keep going? I think the only one of those types that actually worked out was Neil Smith and that was over a decade ago. Lets take a pass on Taylor, please.

The Donks signed some kicker named Matt Prater. Never heard of the guy. This signing doesn't make sense. Paulie Ernster can't kick-off? I don't remember him being any worse at it than steroid kicker. Whatever. I've given up trying to figure these guys out.

I'll be here at the law factory on Annual Gift Day Eve to fire off a post about how the Chargers are going to beat our brains in by about 50 or so.

Merry Annual Gift Day, everyone!
Posted by Hercules Rockefeller at 1:19 PM No comments: 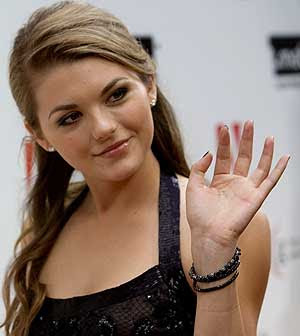 Finally, is all I can say. He sealed his fate after he single-handedly lost the Chicago game for us.

The capper though, was being cited for assault on a cab-driver earlier this month. Look, cab drivers piss me off too, big time. They'll flat-out try and steal from you if you're drunk enough when you get in or if you look enough like a tourist. The fuckers take off in the opposite direction of your destination and then try and circle around like you won't know any better. Or they'll tell you halfway into the trip that they don't take credit cards or that they have a $25 minimum credit card charge (which is illegal, by the way). Both have happened to me more than once since I started regularly taking cabs. Believe me, I've wanted to slap the shit out of countless cab-drivers and they probably deserved it. I can sympathize.

The difference between myself and Todd Sauerdoughbrun, though? I'm not in the NFL. If I get picked up for simple assault or drunk and disorderly or if I want to jam steroid laden needles in my ass, the entire planet doesn't find out about it.

Todd is an idiot, overrated punter who is god-awful on kickoffs and also happens to be a degenerate human being. I won't be sad to see this fuck-stick hit the highway.

Our old buddy Paulie Ernster is back to finish out the season. He sucked ass in Cleveland earlier this year, but here's to hoping he can perform well and stick around next year.
Posted by Hercules Rockefeller at 12:54 PM 2 comments:

Goddammit, I hate you guys 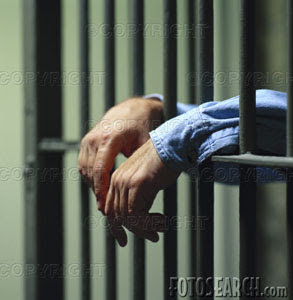 No dipshit, they're not inferior. They spanked our ass from the opening kickoff. A piss-poor run defense (again), a complete lack of a pass rush (again), some dipshit penalties on the opponent's side of the 50 (again), some poor O-line play (again), god-awful tacking (again) and brain-dead pass attempts (again) did us in last night.

I can't fathom how this team is so unable to keep any kind of momentum going this year, unless is momentum in the wrong direction. We haven't been able to string together three straight wins all year, but when things start going bad, they steamroll until we get brutally prison-raped by SD, Detroit or the fucking Raiders.

Lets tally the games up so far, shall we? I've broken them down into the following categories: Excellent, Good Enough, Terrible and Prison Raped (I've been Tivo'ing a lot of Oz lately). Prison Raped isn't simply getting blown out, it's losing a game you should dominate or losing a game in some type of heart stomping fashion.

I'm actually looking forward to the end of to the worst season I've seen in 17 years.
Posted by Hercules Rockefeller at 6:53 AM No comments: 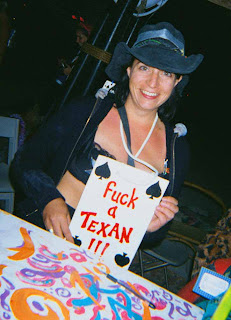 Are you ready for some football? A Thursday night party?

Tonight the Donks travel down Texas way to take on our old buddy Gary Kubiak and Denver South, or Denver Jr. if you prefer. Kubes took our offensive scheme, our assistant GM and even some of our players with him when he left a couple years ago. He's actually done pretty well for that franchise, but it's not going to help him tonight.

Shanny will not lose to his former underling. He won't let it happen. He'll commit seppuku at midfield before he loses one to the guy he nutured and developed. It's kind of like Belichick-Mangini except without the animosity and videotape.

They're billing this game as an "elimination game," as in, the loser is eliminated from the playoff race. Give me a break. The Donks were eliminated the second the final gun went off in Chicago.

After working 10 hour days at the law factory all this week, I'm busting out early (I'm a lazy, lazy man, Roger - 10 hour days are about 9 hours too long) . I haven't told the foreman yet, I'm just going to step off the assembly line, pack up my hard-hat and lunch bucket and hop in the hooptie.

Here's to beating up on an inferior team. They are inferior, right?
Posted by Hercules Rockefeller at 10:18 AM 2 comments:

A small measure of revenge...very small 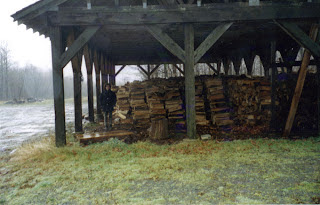 Here's where we took the Chiefs yesterday. We took 'em out back, pulled down their stupid red clown-pants and repeatedly whipped them with a switch. It was fun as fuck to be in the stands for this game, a little chilly, but when everything (and I mean everything) goes your way it warms you up a bit.

Cutler was sick, Marshall was sick, Selvin Young was sick (he'll make some pretty nice trade bait starting in March), the O-Line was unbelievable, etc. Everyone was as good yesterday as they were terrible last Sunday.

Really though, it's hard to take anything away from it other than how dog-shit terrible KC is. Yeah, we whipped their ass, but man are they awful. They're the only team in the league that can't run the ball at will on us, and that's saying something.

Three games left in this terrible, schizophrenic season, but at least the boys took their Clozapine this week.
Posted by Hercules Rockefeller at 8:06 AM 4 comments: 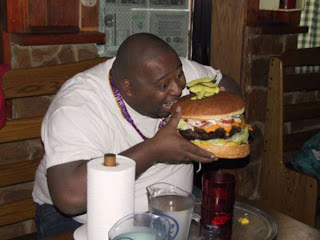 Sam Adams, seen here doing what he does best, was finally handed his waddling papers by the team a couple days ago. It's nice to have his 400 lb. ass off the squad, but jesus...you couldn't have done this in training camp? Or at least when we had some semblance of a playoff shot? He's been a failure since week 1. Yeah, lets cut him now. Makes perfect sense.

Hopefully this move is indicative of the changes to come in the offseason. By that I mean Jim Bates is run out of town on the BN&SF as soon as the gun goes off on New Years Eve Eve. We abandoned your terrible scheme after it proved to be just that and hopefully we'll be abandoning you as well.

Also waiving bye bye to the Mile High is Jeff Shoate, who was somehow still drawing a paycheck. He's like Dominique Foxworth, only shittier. And 'ol Foxy is terrible, so that should tell you something about Shoate.
Posted by Hercules Rockefeller at 9:26 AM No comments: 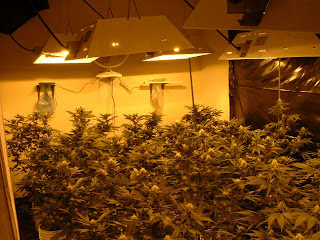 Travis Henry won his appeal? How the fuck did that happen? And how was it taken out of NY state labor judge's hands? I must have missed something, because I thought that part of the matter was still going on. Was it dropped? Was anything ever ruled on there? Did the NFL voluntarily let him off the hook? Apparently it doesn't matter anymore because Henry can keep putting food on his children's tables and cash in his baby mamma's knock-off Chanel hand bags.

I was way off base on this and it pisses me off. Based on the pathetic nature of his suit, he should have lost...and lost big. I guess the NFL gave Travis an early Annual Gift Day present, because his dipshit ass should be cleaning out his locker right now.

The league opened itself up to a potentially precarious circumstance in which the New York Supreme Court eventually could have ruled that its policy and practices in regard to substance abuse tests are not acceptable under the law.

HT: BroncoTalk
Posted by Hercules Rockefeller at 12:16 PM No comments: 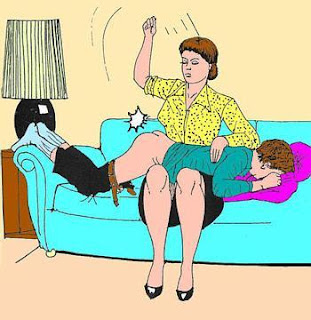 That word is terrible.

What happens when everyone is terrible? You turn the ball over four times and lose by 14 to a 3-8 team. Another embarrassing loss in a season chock-full of them.