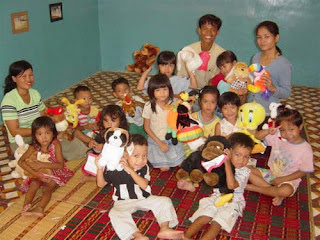 So, Travis Henry wants to stay in Denver, eh? I don't know, but he's certainly saying all of the right things:

"I want to be a Bronco and make it all right. I don't want to be anywhere else. I owe those people something for all that happened last year. I want to clear my name there. I'm so hungry to do right there."

Great. Good answer. Now swallow your pride, take a giant pay cut and work on strengthening your core or doing yoga or whatever the hell people do to avoid injury.

I couldn't care less that you have 75 kids or that you smoke a pound of dank a day, but I do care about the fact that you've completed only one injury free season in your seven year career. If you can't stay healthy, you're worthless...whether you're making $4.5M per or the league minimum. 700 yds and a 4.1 ypc isn't going to get it done.

You cannot be serious! 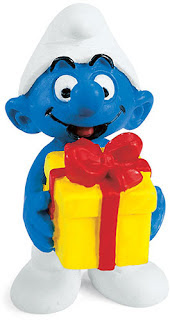 Is this for real? I guess it is. It was published in a major newspaper after all, so I guess it has to be. That's unfortunate, because it boggles the mind and I don't need a mind boggler right after lunch.

This will be John Lynch's 4th consecutive undeserving pro-bowl nod. At this point in his career, he's nothing more than a name and apparently that's all you need. Isn't it curious that a guy that missed three games, had only 59 tackles, one sack and zero INT's is in the pro-bowl? What exactly put him over the top? Was it his telegenic features, his hot wife or his charity work? It certainly wasn't his play on the field.

Does anyone out there actually think that Lynch is still good? Am I way off base about how poorly this guy has played the last few years? I'm really really having a hard time understanding this.

Something needs to be done about how pro bowlers are decided.
Posted by Hercules Rockefeller at 12:26 PM 2 comments:

Freezing my ass off

I'm finally back from my trip to scenic (ha!) and cosmopolitan (double ha!) Tucson, AZ. I came back to discover that my palatial one-bedroom apartment was without heat or hot water. It's still off - two days later. It's 18 degrees right now. It's not a good time.

So what's new in Bronco-land? Daniel Graham got his ass arrested, you say? Brilliant. That's a great way to kick off the offseason productively. At least no one got killed, I guess.

TD couldn't get past the semi's in the hall of fame voting? Duh. The bottom line w/ TD is that he didn't play long enough to get HOF consideration. I don't care that Gale Sayers is in, it's a different time and a different game. Four years (excellent years, though) just isn't enough. This should put an end to the TD in the hall talk. The good news is that Randy Gradishar and Gary Zimmerman (two much more deserving candidates) are still alive. Neither, however, is likely to get in. The HOF hates Denver's clean air (ozone? what?), it's sweeping vistas and it's football team. They're such bitches that way.
Posted by Hercules Rockefeller at 12:51 PM 2 comments: 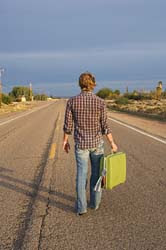 So long, jackass. You took a mediocre D and made it flat-out awful. Now we're stuck with some of your leftover fatso's. Thanks for that, shiteater.

Bob Slowik, the current D coordinator will now oversee the entire D. Lets see...the guy doesn't get a title bump but he gets all the responsibility and all of the spotlight. I hope the poor bastard at least got a pay raise. Good luck Bobby, you're going to need it.

No posts for the next week or so. I've got a family-related issue to attend to down Arizona way. Both of the people that read this blog are sure to be eagerly awaiting my return.
Posted by Hercules Rockefeller at 1:10 PM 1 comment: 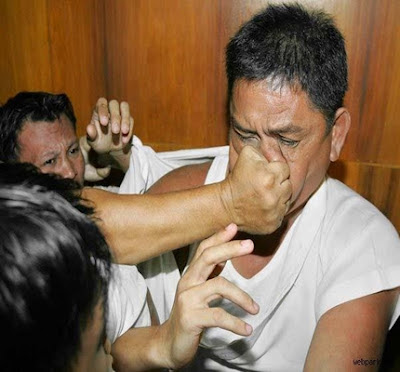 Quick hits on a couple of guys that are either already gone or about to be gone.

First up, Matty Lepsis. I hope I don't get crucified for this, but I was never much of a fan of Lepsis. To me it always seemed, early in his career anyway, that whenever there was a holding penalty that negated a TD or a false start penalty in a big situation, it was on #78. I know that wasn't the case, but it just seemed like it. From '99-'03, the most frequent words out of my mouth during games was "Fuckin Leper." And of course, the enduring image of Lepsis is him rolling over on TD's knee and essentially ending his career. Of course it wasn't Lepsis' fault, you could blame Grease-pit for that as much as Lepsis (he did throw the pick after all), but I cant get the image of an out-of-control #78 flopping to the ground and rolling up on TD's knee. I'm sorry, but that's how it was for me.

Anyway, he developed into a pretty decent tackle, but his play has slipped considerably over the last couple of years. He knew it, Shanny knew it, shit even an idiot like me knew it. It was time for him to hang 'em up. I'm not sad to see him go. Feel free to kill me for this in the comments.

Next up is Javon Walker. You know what? Fuck Javon Walker right in the pants. Who does this preening, dipshit fuckstick think he is? Take a look at this quote:

Jesu fucking' Christo. Guy gets hurt the first week of the season, has to sit out 8 straight games or whatever, some newspaper hacks theorize that the team will ask him to take a pay cut next year and he responds with "I never wanted to be here in the first place"? Man, that takes some fucking balls. Personally, I think he cant stomach being second banana to Brandon Marshall. He's due a shitload of cash next year, but they're never going to pay the fucker. No one in their right mind will ever give him that kind of money again. Two significant knee injuries in three years? No thanks. Good riddance, Javon. We'll enjoy that 5th round pick we get for your ass.
Posted by Hercules Rockefeller at 12:40 PM 1 comment: