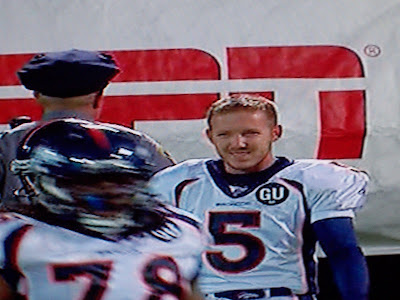 Coach Pyle has made the decision to stand by the Deliverance kicker:

Sheesh...this is the guy you stand by? Kick your all-world QB and one of the league's best long-snappers to the curb, but hang on to the placekicker who melted down during the second half of the season as bad as anyone I can remember? OK....

Lets hear what coach has to say about the kid:

"He's a young player with a lot of ability"

Sound like anyone else you know? Speaking of the new HNIC, I ran across a fake-Twitter feed that someone fired up for him. Not many entries yet, but pretty good stuff so far.
Posted by Hercules Rockefeller at 8:20 AM 1 comment:

Anybody want some snow? 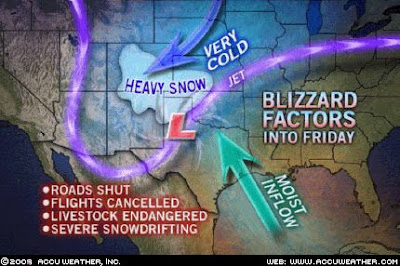 Jiminy jillikers. 18'-22' inches when it's all said and done. I live a mile from my office and it took me a half hour to get home. 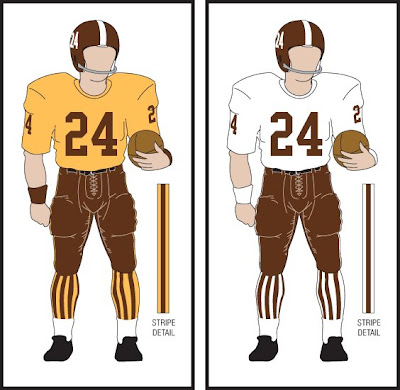 That's right, everybody. The Donks are going to trot out the sweet-ass 1960 throwbacks you see above for two "Legacy Games" that the eight original AFL teams will play this/next season (against each other). The other seven original AFL teams include our entire division, Buffalo, Tenn. (Houston), NYJ and NE.

Now, these uniforms are widely considered to be one of the worst uniforms of all time in any sport. Let's see where Uniwatch had them ranked in his "Hall of Shame" back in 2003:

1. Denver Broncos, 1960-61. Most AFL teams were cash-strapped when the league got off the ground, but only the Broncos were frugal enough to use recycled unis, salvaged from the previous year's NCAA Copper Bowl game. Whatever the financial savings were, it wasn't worth it. The vertically striped socks made the team look like clowns (the socks were eventually burned in a big bonfire when the team got new unis in 1962), and the brown-on-yellow color scheme is an enduring reminder that chocolate and mustard are two great tastes that do not taste great together.


Pffffftttttt. Fuck that noise. These puppies are awesome! Take your vertical stripe hatred somewhere else, Lukas. Besides, you haven't even sniffed terrible uniforms until you've seen the Southern California Sun of the long-defunct World Football League. Woof!

Kudos to Bowlen for showing some balls and not going with the ones we wore in '94. Now, those things were awful.
Posted by Hercules Rockefeller at 3:16 PM No comments:

Tags: if only chad mustard were still around, Paul lukas is awesome 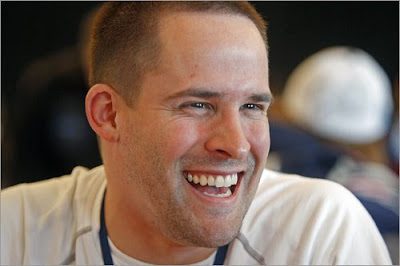 This NFL Network interview with Josh McDaniels did not go well. I think junior is a complete dipshit who's lost control of the team within a span of two months. Two offseason months. It started with the Lonnie Paxton signing and snowballed into complete chaos with the Cutler fiasco. I don't think he's got what it takes.

He's clearly lying about what went down. Cutler's right, you can't trust him. I don't need a terrible TV show with Mr. Orange to figure out that he's not telling me the truth.

Again, this isn't an endorsement of Cutler's crybaby antics. Just another fear for the future of this team.

On the plus side, I figured out who McDaniels looks like: 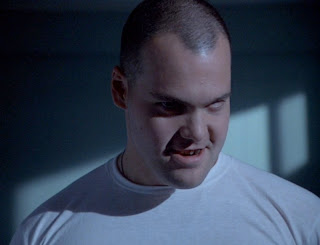 Tags: blanket party, I'll give him two years, kill me

The season is five months away, but Denver already got plowed 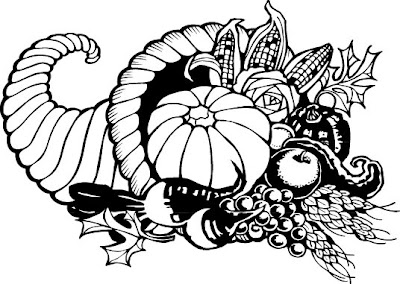 The NFL has seen fit to make the Donks-Giants tilt the third Thanksgiving game next year. In the four years since they added the third T-giving game, the NFL has made the Donks play in it twice. What the hell?

Playing on Thanksgiving is not an honor. Maybe for Jaksonville or Cincy or some other squad that nobody gives a rat fuck about and doesn't get any attention, but not Denver. We've had something like fifteen prime-time/nationally televised games over the last three years. We don't need a time slot all to ourselves. But hey, Denver's in the news! Maybe Cutler and McDaniels will get into a fistfight on the sidelines!

The only good thing about being "gifted" a two-day prep week in the middle of the season is the fact that it's a home game. Great...like that's mattered since '05.
Posted by Hercules Rockefeller at 2:55 PM No comments:

Tags: That game better fucking be preceded by a home game, the last one of these we played marked the beginning of the end for Shanny 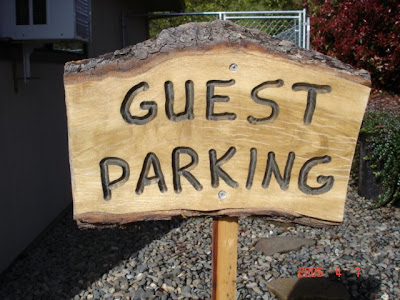 Apparently the boys over at Next Season Sports just cant get enough of this mock draft nonsense. They decided to fire up the thing again after all of the big-name free agent moves.

Here's my pick on behalf of the Broncos.

The fact that the guy I went with was still available at #12 goes to show how idiotic mock drafts really are. And don't even get me started on the Lions drafter/clown. In the first installment he picked a guy first overall who would have been there with their pick in the second (maybe even third) round. This time he picks a fucking linebacker. Sure, you've got shitty linebackers, but linebacker play wasn't the reason you went 0-16. And you're going to pay a linebacker first overall pick money? Something like $30M guaranteed? To an outside linebacker not named Lawrence Taylor? Fucking clueless.

I shouldn't be too hard on the guy though. You'll probably be calling me clueless after you see who I picked.
Posted by Hercules Rockefeller at 7:18 AM 3 comments:

Tags: 7 teams ahead of me should have taken the guy I picked, guest posting

It was the sticky-icky - UPDATE 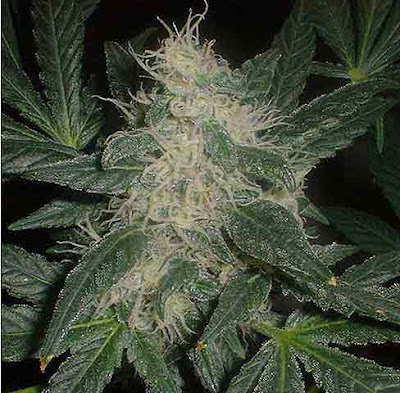 More on the Buckhalter story, with a HT to MHR.

Turns out Buck was, allegedly, buying the high quality green from this Styles cat, not the coca product I figured it would be.

Turns out it was weed, so who gives a shit? Buck's not going to get arrested or charged or suspended based on the unsubstantiated word of a clown-ass prosecutor and cop trying to make a splash.

Move along. Nothing to see here.

UPDATE: There's even more on this story, again courtesy of MHR.
Posted by Hercules Rockefeller at 7:31 AM 1 comment:

Tags: "buck" is the best nickname on the team if you exclude "crybaby bitch", legalize it 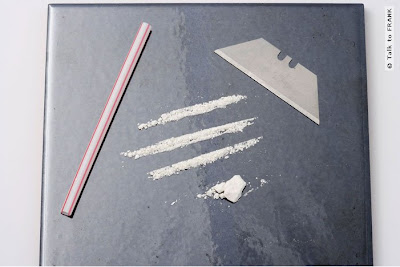 His name was mentioned Wednesday by Delaware County prosecutor Katayoun Copeland during opening arguments in a drug trial in which Styles N. Beckles is the defendant. Copeland's opening remarks said Beckles had told police he sold drugs to pro athletes, including Buckhalter.

That right there is the definition of slander...you know, if it's not true. Copeland had better have some kind of proof that Buckhalter bought shit from this guy or he/she (Is Katayoun male or female?) can expect a giant-ass civil lawsuit from Buckhalter.

Buckhalter is denying any involvement with this Styles character. 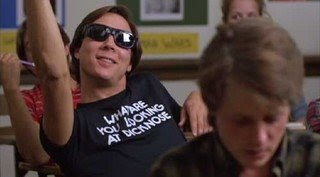 Posted by Hercules Rockefeller at 9:22 AM No comments:

Tags: Does prosecutorial immunity protect slanderous and libelous statements?, what are you looking at dicknose? 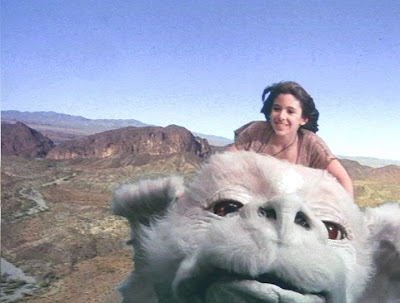 Fuck it. Trade his ass.

There's been too many hurt feelings, too much crying and emo whining, too many exasperated sighs and razor blades to the thighs.

I'm tired of it. Let him go. Let him pout like a little fucking bitch and make a bunch of brain-dead throws in Minnesota or Tampa or wherever.

This shit will never end if he stays. You'll hear about it every time someone mentions his name. Every time the Broncos play it'll be "Disgruntled Broncos QB" Jay Cutler. They'll run a dozen features on it, and he'll be counting down the days until he becomes a FA, throwing nonsense interceptions the entire way. Does anyone want that?

We're going to suck ass next year anyway, may as well be epically bad, right? Maybe get a first overall out of it?

Does anyone out there still think benching Plummer in '06 was the right decision?
Posted by Hercules Rockefeller at 8:20 AM 1 comment: 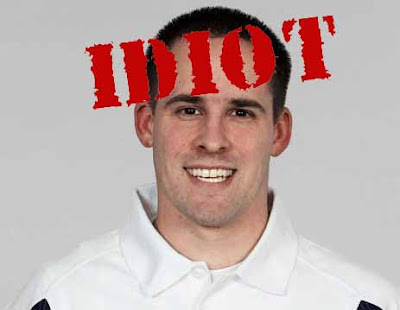 This is not a good time to be a fan of this team. We're going to be terrible next year. 5-11 Terrible.
Posted by Hercules Rockefeller at 4:58 PM 1 comment: 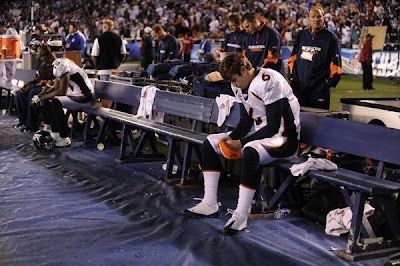 The eagerly-anticipated meeting/conference call between Cutler and Sugar Smacks was on Monday, and apparently, it didn't go well:

According to an NFL source, Broncos quarterback Jay Cutler came away from a conference call with team officials Monday believing that for the right deal, he would be traded between now and the NFL draft, which begins April 25.

He's currently unsure if he's going to attend the "voluntary" team workouts that start next week:

According to the NFL source, Cutler has not yet decided whether he would report Monday. If Cutler doesn't report to Broncos headquarters next week, he would be viewed as undermining McDaniels' authority. What would the team do then? The Broncos may have no other choice but to move the player who in recent years has been dubbed not just the quarterback, but the "franchise" quarterback

Look, Jay...you're not going anywhere. There are no other viable options at QB out there right now. We're not going to trade you just because you're disgruntled. You're going to have to play here another year at least. Deal with it.

Yes, the new guy is a fucking dipshit. Yes, said dipshit tried to trade you for 50 cents on the dollar. Yes, you were disrespected. But you know what? This ain't a fucking tea-party, boy. Nobody gives a shit if your widdle feewings get hurt.

I had your back on this earlier, but you need to man the fuck up, junior.
Posted by Hercules Rockefeller at 1:37 PM No comments: 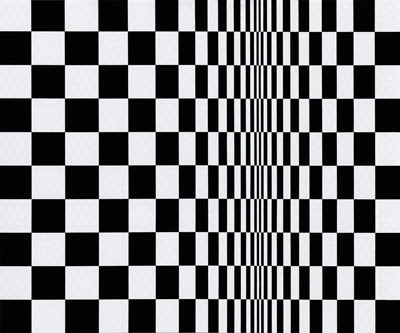 First off, fuck Coach Sugar Smacks and Jay Cutler. Both of them were/are lying and/or acting like children. Fuck Sugar Smacks for thinking Cassel was a better option than Cutler. He's the only one that thinks so. Fuck Jay Cutler for (allegedly) demanding a trade after Jeremy Bates wasn't retained and for acting like a bitch about the entire thing. Quit pouting and act like a fucking man.

Now, on to the shit that matters: Transactions!

IN: Ronald Fields, DT. 5th year guy, part-time starter mired in SF for his entire career. Not much to get excited about here. 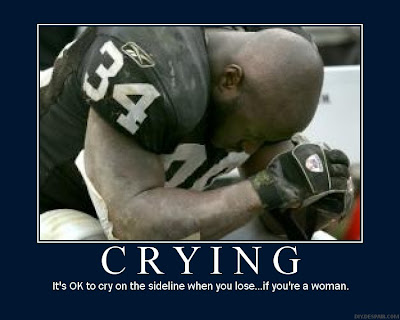 IN: JJ Arrington, RB. The deal that almost wasn't, but then was. I'm glad this got done. JJ should be pretty good in this scheme. Oh wait...it's not the same scheme anymore. Whatever. I still like this one. A lot.

IN: Kenny Peterson, DT. One of the Donks own FA's. He's been the most consistent DT we've had over the last few years. That's not saying much...at all, but I guess it's worth a re-up.

IN: Chris Simms, QB. He's got ties to the Donks already: permanent, gay ties. And he doesn't have a spleen! Even if he stinks the joint out, it's ok, because it means Patrick Ramsay's terrible ass will be riding the pine somewhere else. That is a good thing.
Posted by Hercules Rockefeller at 2:25 PM 4 comments:

Tags: hit the road jack, Simms has no shot at starting you half-wit greenberg

With the Cutler fiasco and Brandon Marshall's motherfucking thick-headed ass getting arrested again, I'm sick of it. I don't give a fuck about any of it right now. They've killed me.


Some DT's were signed (nobody huge), Lamont Jordan's washed-up ass agreed to terms and that JJ Arrington deal fell through.

/makes jerk off motion
Posted by Hercules Rockefeller at 2:43 PM No comments: